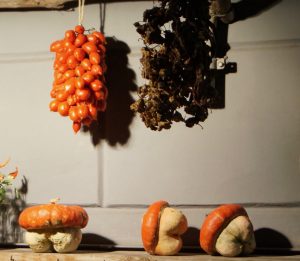 We’ve had a few questions about what it means to be a cadet or a servant, so we wanted to set out our plans for both types of roles.

Firstly, you as players are playing a protagonist, whether you take on the role of a servant or a cadet. You are each central in your own story and together you will make the shape of the game. You will each have your own goals.

For many we would expect this to be graduating from the training academy to be a fully-fledged musketeer; much like D’Artagnan did at the end of his first plot arc. However, it doesn’t have to be. It could be more important to you that you return the jewels and save the queen’s reputation or that your nemesis is exposed and thrown into prison than you succeed this time.

Before you became a cadet, many of you will have walked different paths, but something must have brought you to the attention of the recruiters. Was this a favour they are returning for a relative? Are you a swordswoman of such great renown that the only question was whether you would be invited to join the Musketeers or the Cardinal’s Guard? Have you blackmailed your way in or were you born to a family where service is inevitable? Does what happened to you in your previous life affect you as a cadet?

As cadets, much of your time will be spent training and carrying out missions given to you by the Captain. That’s not to say that there won’t be time for personal goals, clandestine duels, and getting yourselves into and out of scrapes, but remember that you are cadets, not fully-fledged musketeers and we would expect most of you to want to become proper musketeers by the end of play.

Over the time you spend in the academy, you will be sent to accomplish many things and encouraged to share details of your successes and failures in the mess hall when you get back, as well as (of course) having to make reports to the Captain. You may be invited to the chateaus of noble families, get sent abroad or even get to attend court.

Servants also had lives before the academy. Have you arrived here as a servant to an individual cadet or have you been allocated to a cadre by the musketeers?

Have you served here for years and are you wise to the ways of getting things done and willing to share them with cadets you like? Do you actually have a series of elaborate designs for war engines but have no way you can get them to the attention of anyone influential? Are you on your way up and trying to make a name for yourself? Or have you fallen from grace and are seeking redemption?

So how does the life of a servant differ from that of a cadet?

Servants will accompany their cadre through most of their activities: think Planchet following the musketeers on his mule as they ride across France, or accompanying them to the palace and gossiping with the kitchen staff.

Servants are expected to save the day in ways that would not be possible or acceptable for the cadets e.g. knocking an enemy out and hiding them in a basket, or dressing as a washerwoman and pushing them into a vat of dye in the laundry.

Servants will not spend as much time drilling as the cadets (unless your character particularly wants to) but are welcome to drink and comment whilst it is going on and are of course able to pick up a weapon and clonk someone over the back of the head and save the day if the need arises.

The servant should be a support to their cadre and is often the brains behind the operation – think Jeeves helping out Bertie in Jeeves and Wooster.

There will be a small amount of actual serving duties e.g. fetching and carrying food from the kitchens to the tables and bringing back dirty plates. We do not expect you to spend a significant amount of your time serving.

The might be some token dusting or polishing of silver to get you into certain room. If a servant is obviously performing a menial task, they are effectively invisible to most nobles, and any conversation can continue in front of them.

There will be plenty of opportunities for fun as a servant; in some cases more fun than that of a cadet. It’s a different game; more focused on secrets and manipulation.